Potatoes are often thought to increase the risk of type 2 diabetes and result in weight gain and as a result frequently end up listed as foods to steer clear of, particularly for people having insulin resistance.

A study however suggests that in reality potatoes don’t increase that risk, are rich in important nutrients, and are full of health benefits.

The researchers established that despite common belief, blood glucose levels are not negatively affected by the consumption of potatoes, and the people who took part in the study actually lost weight.

To feel full, individuals tend to consume the same weight of food irrespective of calorie content. It’s possible to reduce the number of calories by consuming lower-calorie foods with a heavier weight.

The main takeaway of the research is that the portion size of meals was not decreased but the caloric content was reduced by the inclusion of potatoes. The meal of each individual was customized to their personal caloric needs, yet they found themselves getting full quicker by substituting some of the meat with potato and sometimes their meals weren’t even finished. Essentially, weight can be lost with minimal effort.

The study included 36 overweight individuals aged 18 to 60 years old with obesity, or insulin resistance, which is the term for the condition in which the cells of the body are not responding well to insulin and glucose doesn’t enter into the cells for energy production. Insulin resistance is associated with type 2 diabetes, high cholesterol, obesity, and hypertension.

Individuals were given specifically-controlled diets of commonly available foods such as peas, beans, and fish or meat, or white potatoes with fish or meat. Both of the diets were high in vegetable and fruit content and replaced approximately 40% of the typical consumption of meat with either peas and beans or potatoes.

Earlier research has found that blood glucose levels in newly diagnosed type 2 diabetes individuals are improved by consuming peas and beans. The potatoes were boiled complete with the skin still on and then kept in the fridge between 12 and 24 hours to help increase the potato’s dietary fiber.

The potatoes were prepared in a manner that the fiber content would be maximized. When the potato diet was compared to a diet with peas and beans, they were found to be equal with regard to health benefits.

A variety of dishes was provided by the meal plans, and it was demonstrated that a healthy eating plan can provide a variety of options for people trying to eat healthily. Potatoes are also a relatively inexpensive veggie to integrate into a diet. 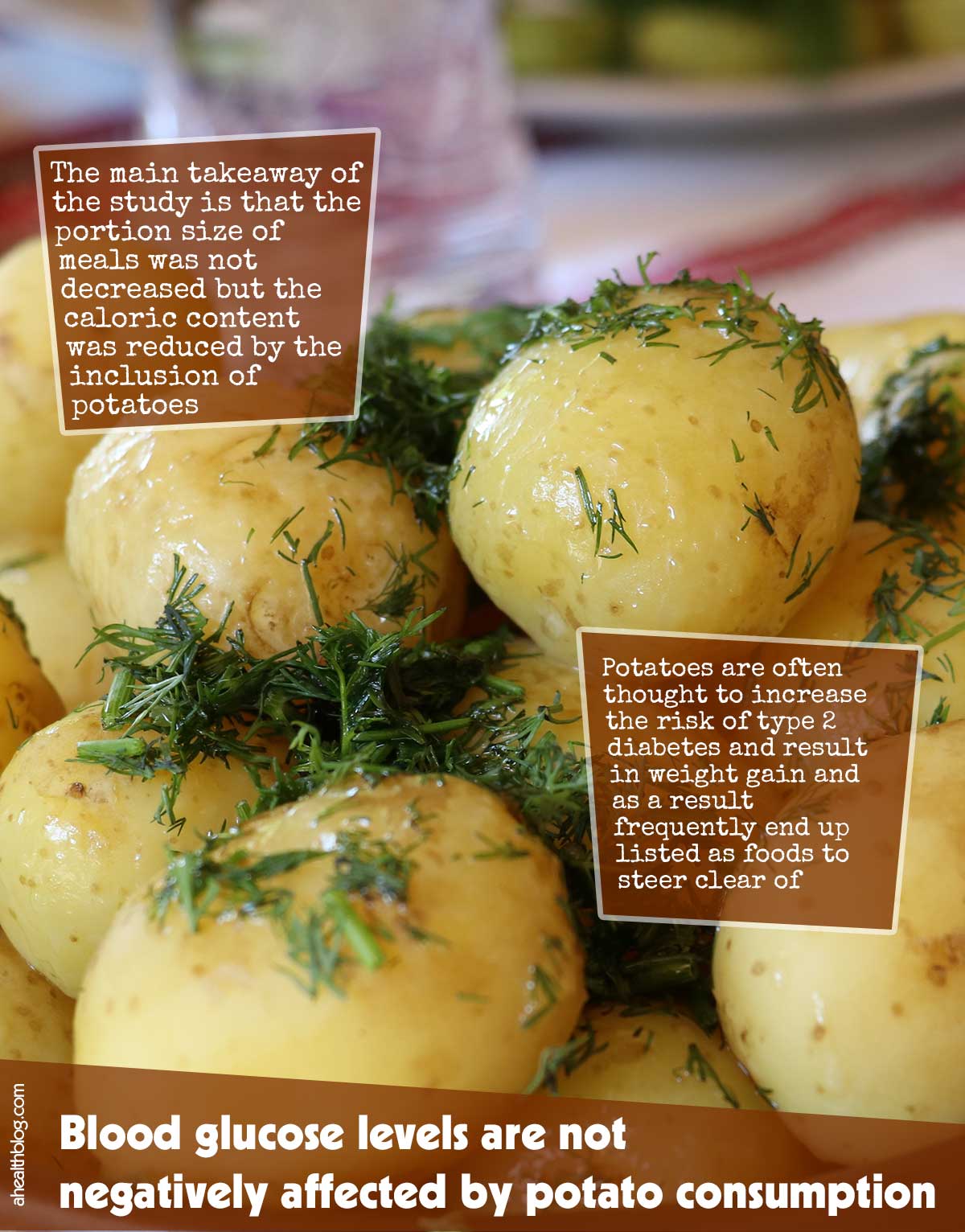 Image by James Hills from Pixabay

Want to use our images on your site? Right click on image for embed code